Writing is my passion, my soul. I cannot not write.
And if you write, you eventually publish, and I currently have 14 books on Amazon, so if you’re interested here is the link to that.

Some examples of my published works:

Children of the Moon is the second part in the Foothold of Tethys trilogy.

After the Earth has built it’s first lunar base, the occupants find themselves trapped in the highly regulated and commercial business world where they are used as cheap labor force. With their bodies having adjusted to the Moons gravity, going back Earth would be a death sentence. The only way seems to be a revolution.

In Children of the Moon we follow Danielle, a simple worker under the domed city on the Moon. As she is offered a promotion, she grabs opportunity and is swept into a world of intrigue and deception.

Children of the Moon deals with the major current events like the rise of a new religion and what is likely to happen when when the fossil fuels run out. It is a look on how the world we now live in if industrialization and capitalization are allowed to keep on going rampant, with companies and their management keep getting richer and more powerful while the common man just has struggle and pay just to keep up.

Foothold of Tethys is a full realism-based dystopian scifi novel, first of a trilogy though each book tells a different story about life in space, set in a not so distant future. With prolonged spaceflight becoming a reality through the hydrogen engine and the ample water supply found in the belts of Jupiter, the human race has expanded into the solar system. But as slowly markets for transported goods skyrocket, the ones now living on the new frontier, the largest space station orbiting Jupiter’s moon Tethys, find themselves between the strict Earth rulership and a renegade invasion in a desperate fight for freedom.

This book is available on Bol.com, Amazon.com,  CreateSpace and all major Dutch bookstores. 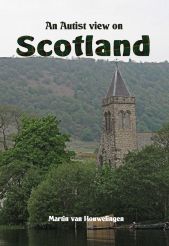 An Autist view of Scotland was created during a travelling holiday in 2014, when Scotland was about to vote on independence and split off from England. It gave us an amazing first hand insight in the country, it’s history and the people, as everything seemed divided between the historical roots and fight for freedom, and life under England’s rule. 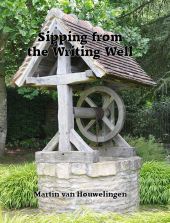 Sipping from the Writing Well is my sum total of knowledge accumulated in twenty-five years of writing. I holds why I write, how I write, my style, my tricks as well as my pitfalls, has a chapter on publishing, publishers and how to deal with them, as well as how to promote yourself and my vision of the future for publishers bookstores and writers.

Worlds Entwined: F1 is the first book created by the collaborating Writers of Facebook group AuthorAuthor.

The F1 stands for Fantasy Book 1, as the genre of this book is, yes, Fantasy, with a wide variety of stories from a plane-shifting mage, epic high fantasy of Heroes and Gods and a curious forest nymph discovering the human race.

As a group we believe that for a starting writer in this new world of publishing it is important to get decent exposure, which means putting your work out there for people to read. And there is only one way to do that, to give it away, which is what we did and will keep doing.

Depending on the topic(s) that are chosen, each willing to participate writes a short story or story piece within a certain time frame which will then be combined into a little booklet and published on Amazon. The Ebook is spread through the FB download group AuthorAuthorBooks, torrents and where ever we can put it. We actually encourage people to copy and spread the Ebooks!